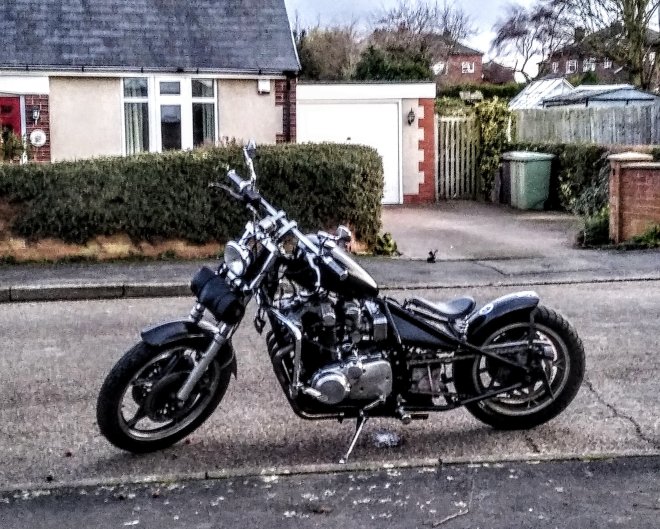 So is my bike British? Granted its a Suzuki GS engine, the wheels and forks are Suzuki too. But the frame was built in England, it was put together in England, the seat came from China, the leads are British, the Battery Chinese, painted in Britain, the rubber for tyres possibly Indonesia, (I dunno) handle bars British, switch for horn British, the list goes on. 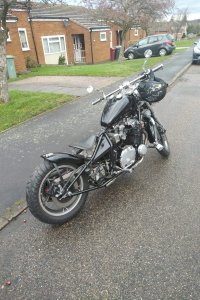 The point being I truly do not know of any modern vehicle where every component is British, Chinese, German or the like. Components are sourced from all over the globe. Yet for some reason calling my chopper which was built in Britain, that due to the builder is actually a piece of British motorcycling history is deemed as wrong, yet a Triumph built in the East is ‘British’.
Its all pedantics I guess, in reality it was built on earth, using earths resources. So its kinda same as me, not completely belonging to any nation, a bit of a mongrel, a thing/being of this planet. Nothing else really matters. Its made of metal and plastics as are all (ok most) bikes, I am made of flesh and blood as are most (ok all) humans!
So is it British? Probably as British as you or me, does it really matter? Nope it is fun, makes me giggle and I love it, kinda like my folk!
Jonesy Jones