Can we be clear, Windrush is about sending people who came to UK at the end of WW2 (most at the invitation of Enoch Powell) along with their children and grand children, who were born and bred in the UK back to the country those folk originated from.
They came to the UK to help rebuild our society and economy, they gave up their lives in Jamaica, Africa and throughout the Commonwealth to aid us, with the promise of better lives. Sadly most were ghettoised by an ungrateful and frankly racist nation.
Many of the men and women that came over either served in the British Forces or aided in the war effort.
We have no right to tell them to leave the UK, it is completely immoral. These people have lived, died, paid taxes, and worked within our society, many for their entire lives.
I believe this is what Salisbury was all about, to divert us away from how horrific the Govt behaviour really is.
Its time to rid our country of these people, not the ones that came here, the bastards that govern us!
Jonesy Jones

People may see me as over reacting to the bombing of Syria, but I am devastated at the taking of any life, especially the men, women and children that like us have no choice in what their cruel rulers do. You cannot save people by killing them.
I feel so frustrated for I, in the same way as every child woman and man in Syria must feel that they as individuals cannot stop their government and forces.
Do these people deserve to die any more than you or me? No they do not. Are they are enemies? No they are not. Are these human beings so different to us that they do not feel fear, loss or pain? No they are not.
How would you feel watching a child, your child, or grandchild cower in terror in a corner until crushed by rubble or cut to pieces by shrapnel?
Sorry to be descriptive but its important to realise what we are doing.
Imagine crouching down and hearing the roar firth of a jet engine the screech of a missile, a crump of an explosion then feeling the lost of all your family and friends.
Those of us that have not lived through the horror of war cannot imagine it fully. Its not glory, and clinical, when a missile strikes it does not just kill the bad guys, the wounded do not just have a patch of fake blood. If they survive they are likely physically injured beyond what we can see but the fear, emotional terror and anguish remain for ever.
We would get upset if someone broke into our houses and stole a few quid, our bombers are wiping away everything these people still have, if they have anything left after years of conflict.
War is not a game, this is not a movie, its real, its vile, its cruel, its vicious and deadly.
We are not saving these folk, we are murdering them. Culling them not for the atrocity they have caused, but for the rights to a bloody oil pipeline.
We are not the on the side of morally right at all, we are the aggressors, and this is an illegal war.
This is why I am so frustrated, why in the middle of the night I reported the prime minister to the police for breaking our country’s law by breaking international law.
I do not know what else to do, I feel weak and powerless but need to do something.
Just because I was born ‘British’ does not give me any more right to exist than any other human upon this planet.
And I will never ever sit by and do nothing whilst people, young or old, are killed and maimed in the name of greed.
So please share my words, share your own despair, your own anger and let’s find a way to topple the evil regime that we have here before we steal the lives of others.
Jonesy Jones

Please allow me to be clear, the British people do not want to be involved in any war, especially one in support of a fascist megalomaniac such as Donald Trump.
It is clear that Russia was not responsible for the alleged nerve agent attack, it now is clear Assad did not use any chemical weapons. You have already lost the faith of your nation. Do not assist in the destroying of our world, our species, all species. There is no political gain in a nuclear winter.
Simon Jones

This to those miners, print workers, firefighters, nurses, local govt workers, ship builders, trade unionists and anyone else who had their jobs, industry, community, culture and lives destroyed by Thatcher and her legacy.
Are we going to let the world remember her as the Iron Lady, the Knight errant of a Capitalist world, the Hero of the Establishment? Or are we going to destroy her historical celebrity? Are we going to get off our swollen flabby cheeks and renew our fight? It maybe not a fight to change history but we can change the future. We can stand up to protect our children and grandchildren. We can demonstrate, march even if with stick, crutch, chair or scooter, we can educate those that are too young to have been there. We can describe how she and her establishment cronies stole our rights, employment and livelihoods. How the Evil Crone turned communities and even families against each other. How she destroyed family values and support.
We can raise our banners once more and set the brass a playing.
We come from long lines of brave folk that fought and died for their future generations, ‘us’, now its our turn. Not just here but on the streets of every village, town and city. In every market place. We need to be out there and seen. We need to ensure we are ignored no more.
We can do this. We can unite with one common goal, to take back whats ours, all of it that the evil witch and her follow-ons including Theresa the Traitor stole from us. Our support, our rights and our freedom.
We can rebuild our communities, we just have to try.
Jonesy Jones 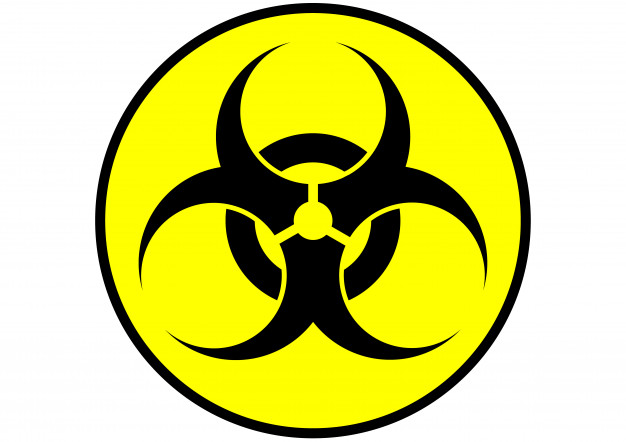 Wars are not won by defensive stratagem alone. Instead of reacting to the Tory, Media and Establishment (not to mention those betraying us, the membership, within our own party) attacks, we need now to mount our own offensive.
The Party leadership is tied to procedure and policy, they can only deal out tempered and politically considered responses, we however have still the presumption of freedom of speech and actions. We can think upon our feet and mount an action which they cannot defend against. We can think outside the box and not conform to their process.
The Tories already are at a huge advantage because their attacks are paid for, they employ trolls and turncoats. It seems even in this day and age certain organisations are not above putting a financial bounty upon their opponents head so to speak.
We cannot allow them to cause us to split, to argue amongst ourselves. They are doing this because they know they are losing, that if we remain strong we win. And to be honest if they even managed to win the next election, we likely will win, for too many will now realise that they have destroyed the integrity of our assumed democratic process.
So let’s be totally clear, its now ‘Attack, Attack, Attack’ for they call us an army of hate, let’s prove the right, we are an army, one that hates injustice, immorality, unfairness, corruption, propaganda, murder, poverty, racism, sexism, discrimination and greed.
If there is such a thing as good and bad we are firmly upon the side of good and let’s never forget it!
I will be raising my red flag this week.
Jonesy Jones